BY ctaaffe /Book Reviews /No Comments

Reading the collection of Mary Whitehouse’s letters in Ben Thompson’s Ban This Filth! is like digesting a scrambled Charlie Brooker. Dr Who is ‘teatime brutality for tots’. The World at War has too much genocide in it. Complaining of Chuck Berry’s performance of ‘My Ding-a-Ling’ on Top of the Pops in 1972, she elicited the observation that the song began ‘with such a clear account of the contraption in question including bells’, that although the possibility of a double entendre was recognised, the BBC felt it was unlikely to ‘disturb or emotionally agitate its listeners’. But of course Whitehouse was permanently agitated. In editing this material from her archive, Ben Thompson not only works hard to salvage entertainment from some tedious cultural jeremiads, he also – more interestingly – tries to make some sense of them. Mary Whitehouse was a self-made caricature, a Spitting Image puppet in the flesh. But in forty years of crying wolf over the moral degradation of the British media did she sometimes get it right?

Her concerns might be newly relevant in the age of the internet, Leveson and reality television, but a woman who once presented Jimmy Saville with an award for wholesome children’s programming was no seer. Still, Thompson’s commentary gently works against the grain of Mary Whitehouse’s popular reputation. If he recounts the campaigns of her National Viewers’ and Listeners’ Association with tongue firmly in cheek, he avoids indulging the comic (and not so comic) vituperation that she so often attracted. By shaping the collection around her developing relationships with a range of British institutions – ITV, the Church of England, the courts, the film and music industries, and above all, the bealeaguered BBC – he produces something a bit more interesting, if wryly ironic: the image of a woman against the establishment, a punk poet stranded on the wrong side of the counterculture. In Thompson’s hands, Whitehouse’s long battles with disdainful BBC correspondents are twisted to reveal her as a master of rhetorical sleight of hand, an arch seducer. If that is an old comic trick, it is still less cruel than anything that emerged from Gerald Scarfe’s scatalogical imagination.

Whitehouse was often a crude campaigner, but she was undoubtedly effective in making herself heard. Thompson sees her legacies everywhere in the British media, from the upward tilt of Mrs Merton’s glasses to the skilfully orchestrated outrage of the Sachsgate affair. Part pop culture phenomenon, part dogged activist, she was never as clever as her adversaries; her real genius was in the art of self-fashioning. In 1964, the year that NVALA was launched, Mrs E.R. Whitehouse – as she called herself – was an obscure senior mistress in a Shropshire secondary school. Effectively blacklisted from BBC broadcasting for two decades (held at bay by the patrician director-general, Sir Hugh Greene, brother of the novelist, Graham) she still muscled her way into the executives’ hearing and the British national consciousness. This was a Thatcher before Thatcher, and a woman every bit as unpopular. Whitehouse made her formidable reputation by trading on her image as an ‘ordinary’ housewife who ran a national campaign from her kitchen table. Yet she was skilled in seeing off her professional rivals behind the scenes.

To the liberal establishment, Thompson suggests, she was every bit as much a folk devil as the ‘subversives’ and ‘perverts’ that NVALA saw everywhere in British broadcasting. The response by many was to defend freedom of speech by silencing her. NVALA, in turn, encouraged its members to write individually to exasperated television executives on all the matters that concerned them. Some of these letters are so bizarre that they make Whitehouse herself appear a gentle moderate in a sea of radicals. Others are so dull that they allow Thompson to show, by comparison, just how persuasive a campaigner she could be. In either case, they offer instructive glimpses of the hidden legions of the disgruntled and disenfranchised. One of the many curiosities in this collection is the frequent correspondence with carefully tabulated instances of obscenities and ‘language’ in episodes of Till Death Do Us Part or The Sweeney:

Mind your own sodding business

One chief constable offered a forensically detailed account of offences committed in a 1969 BBC music documentary, All My Loving. Alongside some lurid accusations is his complaint about the comment that ‘a cockney entertainment producer’ made ‘on the effect that ‘pop’ music had on the teenage public, especially the females’. The comment by the ‘cockney entertainment producer’ remains sadly unrecorded.

The other side of this story, of course, is the correspondence that arrived back to NVALA headquarters from that liberal establishment itself. There is some fun to be had here in hunting down strained replies from David Attenborough or Hugh Greene to see who would crack first under the onslaught of Mary and her legions. Some producers clearly relished administering the sharp slapdown. A few others, like Colin Shaw – radio drama producer and Secretary of the BBC – attempted a more erudite and gentlemanly reasonableness:

Anthony Trollope, you will remember, wrote a book called ‘The Way We Live Now’ and that title really reflects the dilemmas of the [Ingmar] Bergmans and the [Dennis] Potters in their writing. It also, I would suggest, reflects the dilemmas of a great many people who are themselves uncertain of the way in which their lives should be lived. They are aware of solutions, political and religious, which are offered to them, yet they continue to be perplexed. That perplexity has provided the seeds of drama since time began. Ban This Filth! The Letters of Mary Whitehouse

But Mary Whitehouse was not perplexed. She was certain, and that blind certainty could be infuriating to some. Martin Esslin, theatre critic and head of BBC radio drama, ended his reply to a complaint about the ‘Wednesday Play’ with a very neat disdain:

‘I was amused to see that your correspondent recommends Strindberg, Chekhov and Shaw as more wholesome fare. I can only conclude that he may not be very well acquainted with authors like Strindberg.’

Another letter reveals what Thompson calls ‘the darker backwaters of NVALA support’ – one that was not directed to Esslin, but about him. A correspondent wrote to congratulate Whitehouse on her fight not just against bad television, but against ‘a diabolical conspiracy against our country and Christianity itself’. This ‘foreigner’ (Martin Esslin was a Hungarian of Jewish descent who had fled to Britain after the Anschluss) had no right to corrupt British children, she asserted, along with a few other libellous accusations. It is a reminder of the nasty streams from which Whitehouse’s association could flow, even if she did not allow them to emerge into public scrutiny.

Support, or at least tolerance, could also arrive from more unexpected quarters. Dennis Potter loved the very idea of Mary Whitehouse, according to the Guardian journalist, Stanley Reynolds: ‘He sees her as standing up for all the people with ducks on their walls who have been laughed at and treated like rubbish by the sophisticated metropolitan minority.’ But of course, Potter’s preoccupation with sexual and religious themes in his writing was anathema to her. When the BBC, in a sudden fit of self-censorship, decided against broadcasting his play Brimstone and Treacle in 1976, she quickly congratulated them on their decision:

‘While it is difficult to prejudge a programme, I can only assume that ‘Brimstone and Treacle’ was more offensive than Tuesday night’s Dennis Potter play ‘Doubledare’. In that case, it must indeed be bad.’

What is depressing about so many of these letters is that they address material that ‘must indeed be bad’, but about which the correspondent knew very little, if anything at all. (An exception is the exhaustive – and exhausting – summary of The Exorcist produced by two NVALA members which reads like the dullest of school reports.) But Whitehouse could also be fair, in her own way. In a personal letter she sent to Potter following the broadcast of Where Adam Stood – the last instalment in the trilogy of which Brimstone and Treacle was intended as the second part – she praised it as ‘superb’, assuring him that she would ask for it to be repeated on BBC1. And Potter, for his part, did not join in the usual chorus of abuse that Whitehouse attracted. Indeed, he told Melvyn Bragg on the South Bank Show in 1979 that ‘at least she acknowledged the central moral importance of – to use the grandest word – art’. At least she took it seriously. The problem was that she could also take it literally. One of the stranger consequences of this, as Thompson records, was the libel case taken by Dennis Potter’s mother over Whitehouse’s comments on her part in The Singing Detective.

Yet Mary Whitehouse cared, that much was sure. And she was certainly angry enough to make herself heard. She inspired many dubious musical tributes from the pop scene that she disdained, but perhaps she had more in common with its young rebels than anyone suspected:

By 1976-7… the anger and frustration to which punk gave vent was seeping from all sorts of unexpected faultlines in British society, and while it would be stretching the point a little to claim that Mary Whitehouse was something of a punk rocker herself, her fearless determination to get up the nose of the broadcasting establishment certainly struck a chord… Ban This Filth! The Letters of Mary Whitehouse

In fact, her capacity to see political and moral subversion in any number of anodyne seventies’ tracks placed greater faith in pop culture than it probably deserved. In this, as in so many other places, Thompson’s commentary exploits the kind of irony to which Whitehouse was habitually blind. But such tricksy revisionism is of little use when tracing her involvement in the Gay News blasphemy trial or her attitude to homosexuality, as he admits. Here there is no attempted acquittal, not only because it would be pointless, but because it would be ‘based on a dangerous underestimation of the pervasiveness of the cultural climate’ that shaped her homophobia. That may be a fair point, but it sounds a little like an acquittal of personal responsibility all the same.

Even at this short historical distance, the fears – and sometimes hatreds – that motivated Whitehouse and her supporters seem all the more peculiar. Perhaps if their campaigns were conducted with more subtlety and moderation there would have been a more credible challenge, as Thompson hints, to the seventies’ equation of pornography with sexual liberation rather than with the oppression of women. There might have been more resistance to the commercialised sexualisation of childhood, or a greater awareness that the ‘dead’ issue of blasphemy was, in fact, far from dead at all. But while Thompson tries in many ways, and with many strategies, to complicate the lingering Spitting Image caricature of Mary Whitehouse, she invariably pops up to reinforce it once again:

You quote as typical of the language used in the play “prick of a brothel”. It seems that even your typewriter is infected by your prurience and your vision of universal corruption for “brothel” should, of course, read “brother”.

‘Vision of universal corruption’ sounds about right. In many ways this is an intriguing collection of letters, though some of its interest fades the more Whitehouse writes. In his intelligent, rather arch commentary, Thompson knows just how to exploit the cultural nostalgia that Mary Whitehouse’s perfectly coiffured outrage can evoke. Like other idols of the early years of British television – Bill and Ben the Flowerpot Men, or Muffin the Mule – she was probably a great deal more tedious the first time round. But this eccentric collection of letters still makes it worth revisiting this accidental star of the television age.

This review was first published in The Dublin Review of Books. 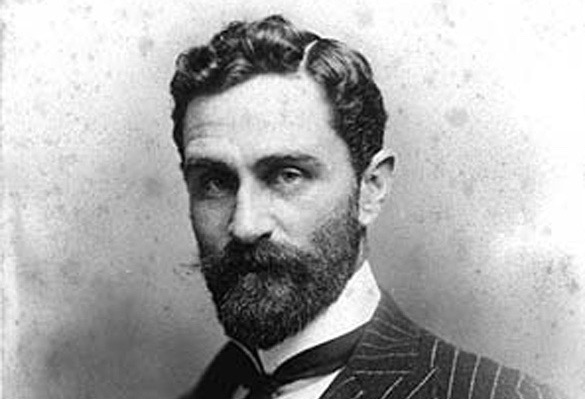