BY ctaaffe /Book Reviews /No Comments

Mario Vargas Llosa’s The Dream of the Celt is a surprisingly difficult read. The life of Roger Casement was one of fascinating contradictions: he was a knighted British diplomat, an Irish nationalist and revolutionary, an unsparing reporter of human rights abuses, a romantic ideologue. His professional life took him from early expeditions with the Victorian adventurer, Henry Morton Stanley, to documenting the horrors of the Belgian Congo, from the rubber plantations of Peru to the heart of imperial power in Whitehall, and eventually delivered him from an Ulster Protestant upbringing to the political salons of nationalist Dublin. Famously, his afterlife was no less dramatic, with the controversies surrounding the Black Diaries confusing responses to an individual who was already regarded as both traitor and hero. This alone would offer material for a dozen novels. And here is one by a Latin American Nobel laureate, a writer who might easily cut through the fog of local concerns to provide a fresh perspective on Casement’s internationalism. It is a tantalising prospect. Why, then, is it so dull?

First published in Spanish in 2010, The Dream of the Celt has already been a bestseller in Spain – unsurprisingly so, given the combined promise of Casement’s dramatic story and Mario Vargas Llosa’s formidable reputation. In recounting Casement’s expeditions to report on human rights abuses in the Congo and Peru, the novel goes some way towards retrieving the career of international significance that was overshadowed by his ill-fated involvement in the Easter Rising. It is in that sense a deliberate act of rehabilitation, highlighting the extraordinary achievements that were swallowed up by history. In the popular British imagination, the humanitarian work that made Roger Casement a knight of the empire was quickly obscured once he was consigned to Pentonville Prison on a charge of high treason. Given that this novel will mark a rediscovery, for some, of Casement’s complex past, it is ironic that its reception here might be complicated by the manner in which it tells a story almost too well known.

The novel opens with Casement in prison in 1916, still waiting for a decision on his application for clemency against the death sentence handed down against him. That image of the prisoner in his cell forms the spine of the novel, which cuts between this extended moment of suspense and the diplomatic career that unfolded in Africa and America. What it attempts to encompass, then, in four hundred pages, is the disgraced knight of the empire, his journey through the upper Congo in 1903, the expeditions to Peru in 1910-11 at the height of his fame, and the nationalist activity in Ireland and Germany that followed his retirement from the British diplomatic service in 1913.

So it is a novel structured around a moment of suspense, but of course there is no real suspense here. The verdict of the British Cabinet is already known: there will be no clemency, Roger Casement will be executed. It is the reader’s verdict that remains open until the final pages; it is the other mysteries of Casement’s life – his heroism or betrayal, loyalty or fanaticism, sexual deeds or virtual innocence – that are still to be contested. And undoubtedly, one of the real virtues of this book is its sense of the enigma that he still presents. The contradictions in Casement’s reputation are prefigured early on in the novel in his description of a boyhood idol, Henry Morton Stanley. To a young man infused with imperial ideals, the true purpose and nature of Stanley’s adventuring in Africa become only slowly apparent on their shared expedition. Exploitative and cruel, Stanley makes the journey from hero to villain. Of course, Casement’s reputation is to follow the same trajectory, in some eyes. The contradictions that Stanley presents to his own imagination anticipate the confusion that Casement will provoke in others:

‘The Welsh adventurer had seen in Africa only a pretext for dramatic exploits and personal plunder. But how could he deny he was one of those mythical, legendary beings who by means of daring, scorn for death, and ambition, seem to have shattered the limits of the human?… Who had this champion of the British Empire and the ambitions of Leopold II actually been? Roger was certain the mystery would never be revealed and his life would always remain hidden behind a spider’s web of inventions.’

Roger Casement, it is hinted, will similarly remain an enigma. But there is little in the tone of that third-person narrative to suggest anything of the kind. Again and again in the novel we are told what Roger thought, or we are told what Roger did, with a bloodless certainty. Is the frigidity of the narrative an effect of the translation? Is it an act of ventriloquy, a tone adopted from Casement’s diaries and notebooks? I don’t have the answer to either question, but it quickly becomes trying.

The impression is reinforced by the fact that this novel does not wear its research lightly. For a reasonably informed Irish reader, it can read like a tedious history primer. Admittedly, many of the events and personalities featured in the novel might be obscure to the broad international readership that Vargas Llosa is likely to attract. And the breadth of Casement’s career itself presents a challenge; this is an anti-colonial narrative that moves swiftly from Leopoldville to Putumayo to Dublin, and its scope is daunting. But the effect of that sweep is to splinter the novel’s focus. As recounted here, Casement’s nationalist idealism and enthusiasm can seem simply risible or naive; the ‘dream of the Celt’ (the title of a poem by Casement himself) seems only that, a dream. While the novel traces how his antipathy to a colonial system was born of his experiences in Africa and Latin America, the progression he makes from British diplomat to Irish revolutionary is strangely disjointed. A stark correlation that is drawn between the colonised Irish and the abused indigenous people of Putumayo might be Casement’s own (he once wrote of destitute Connemara as ‘The Irish Putumayo’), but it is a crude one.

Such broad historical gestures can mar the narrative. But there are other jarring elements. Is there a good reason, for instance, why Casement’s confidante, the historian Alice Stopford Green, should be described – at nearly every moment she appears – as the historian Alice Stopford Green? It may be an effect of the translation, but it seems typical of the careful reminders, explanations, and summaries that conspire to leech the life out of this novel. This is nowhere more apparent than in its strangely leaden dialogue:

“Have you read Heart of Darkness?” Roger asked Alice. “Do you think that vision of human beings is fair?”

“I assume it isn’t,” replied the historian. “We discussed it a great deal one Tuesday, after it came out. That novel is a parable according to which Africa turns the civilized Europeans who go there into barbarians. Your Congo Report showed the opposite. That we Europeans were the ones who brought the worse barbarities there….”

It is the kind of exchange that gestures to the research underpinning the book, but which also relies on fairly wooden explication to move the narrative along. It assumes, perhaps understandably, the reader’s ignorance of Casement’s Congo Report. It also assumes, less convincingly, a similar ignorance of Conrad’s Heart of Darkness. That even Casement himself is ignorant of a long discussion between the two friends stretches credibility even farther. Or it does for an irritated reader, at least. Such dialogues are typical of how the novel tends to condense and inform, rather than dramatise and intrigue.

But in regard to Casement’s diaries, Vargas Llosa adopts a more sophisticated attitude, appearing to accept their authenticity, while suggesting that the sexual exploits they describe are more fantasy than reality. In a way, it is a strategy for maintaining that idea of contradiction and enigma, as much as it is a means of exculpating Casement for the diaries’ contents. It is an approach that hints – in a faintly postmodern fashion – at the unreliability of documents, the pitfalls of interpretation, and the inherent falsity of historical narratives. To buttress the point, when alone in his cell, Casement ruefully reflects on how his British interrogators wrongly suspected him of returning from Germany in order to lead the Easter Rising:

‘That is how history is written! He had come to try to stop the Rising, and was transformed into its leader as a result of British error. For some time the government had attributed to him an influence among the supporters of independence that was far from reality. Perhaps that explained the campaigns of vilification in the English press when he was in Berlin, accusing him of selling himself to the Kaiser, of being a mercenary in addition to a traitor, and at the present time, the base acts attributed to him by the London papers. A campaign to plunge into ignominy the supreme leader he never was or wanted to be! That was history, a branch of fable-writing attempting to be science.’

Perhaps Roger Casement is one of the greatest victims of history as fable. And Vargas Llosa neatly plays on the ‘secret duplicity’ in which he lived for years, as both a British diplomat and an Irish nationalist, quite besides the duplicity played out in his private life. But as this novel emphasises, Casement’s greatest work was in seeking out proof, in carefully documenting the atrocities committed in King Leopold’s Congo and on Julio C. Arana’s rubber plantations. His achievement was to observe and to testify, proving that the gross myths and exaggerations reaching Europe about these places were not gross myths and exaggerations at all. There is some irony in that. The cruelty which this novel underlines is that the life of Roger Casement – a great documentarian, a man who exposed atrocious truths – was to become forever synonymous with myth and distortion.

This review was first published in The Dublin Review of Books. 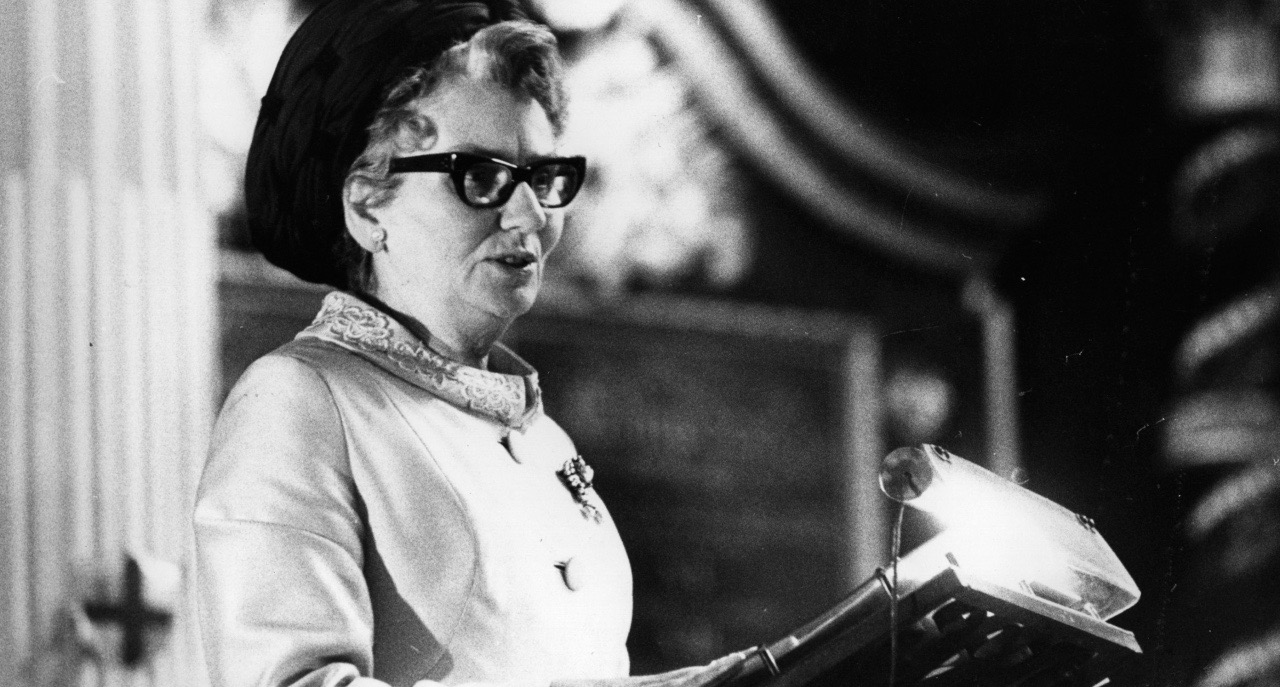